Home » Diseases » Life With Sexually Transmitted Diseases! – What Its Feels To Be On The Spot?

Men and women suffering for sexually transmitted diseases keep on increasing every day. A number of men having STD are so vast as the time passes by.

STDs’ are quite rampant because people tend to be so carefree today even to the point of having a casual sexual contact with strangers.

Although STD can be passed on from mothers to infant (during delivery) as well as in the form of needles, most men who have active sexual lifestyle are in great risk of developing such diseases.

For men who are in great risk of acquiring sexually transmitted diseases such as gonorrhea, Chlamydia, genital herpes, syphilis, AIDS and trichomoniasis should seek medical advice right away. It is even recommended to have an annual exam to determine if you are already suffering from STD.

How Life Looks Life For Men Having STD

Having STD is never easy. You are afraid most of the time.

Afraid of rejection and worry. Worry that other people might judge you, and worse avoid you as if you are infected with a deadly virus.

The glances, the side-eye glances, the hurtful words are unbearable that they add up to the pain. Beyond physical pain, emotional is more hurting caused by these people and experiences.

People who have STD have troubles dealing with their families, friends and loved ones. They find it hard to maintain a good relationship with them.

Most of the time you might think that the problem is with you and you end up being separated or isolated in another place. Well in fact the problem is not you; it’s just that you tend to be cynical about life.

Couples keep on arguing because sexual life already suffers. We all know that sex can intensify and enhance not just sexual performance but also overall relationship.

Men who have Gonorrhea and Chlamydia are also in great risk of developing erectile dysfunctions and poor erections. Most of the time they opt for natural method that can help them overcome sexual issue, yet they do not know that it is more than just sexual issues but already an STD.

Wrong diagnosis can lead to wrong treatment that can cause long term side effect. This is why you have to seek professional help right away.

Worst case scenario is that having STD and chronic diseases at the same time.

Indeed What Doesn’t Kill You Makes You Stronger

Men who were able to overcome STD’s became courageous and fearless. For once they taught that it’s impossible to treat STD, but eventually with the help of their Doctor and getting support from the people that matter to them, they were able to rise above STD.

Truly experiencing difficulties made them a better and wise person. The struggles are real but they shouldn’t slow you down, but should propel you to search for help and right treatment.

Never Easy But Worth Every Fight

Having STD will bring out the worst and best in you, but most of the time it will test your courage how far will you go. There comes a time that you want to give up, but if there is that great will in you then there’s always a way.

Overcoming STD requires dedication, hardwork and determination. You just have to be careful in acquiring STD caused by virus because this is something that might your life in danger.

Be responsible enough with your actions! They can be good or bad which makes them good or bad. 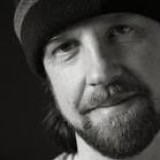